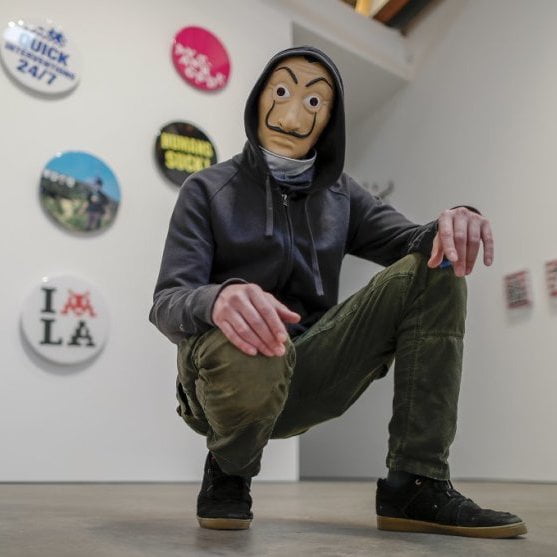 Invader is a French urban artist. He is known for his ceramic tile mosaics modeled on the pixelated art of 1970s–1980s 8-bit video games, many of which depict the titular aliens from the 1978 arcade game Space Invaders (the inspiration for his pseudonym). His creations can be seen in highly-visible locations in over 65 cities in 33 countries. To accompany his citywide installations, or “Invasions”, Invader publishes books and maps as guides to the locations of his mosaics.