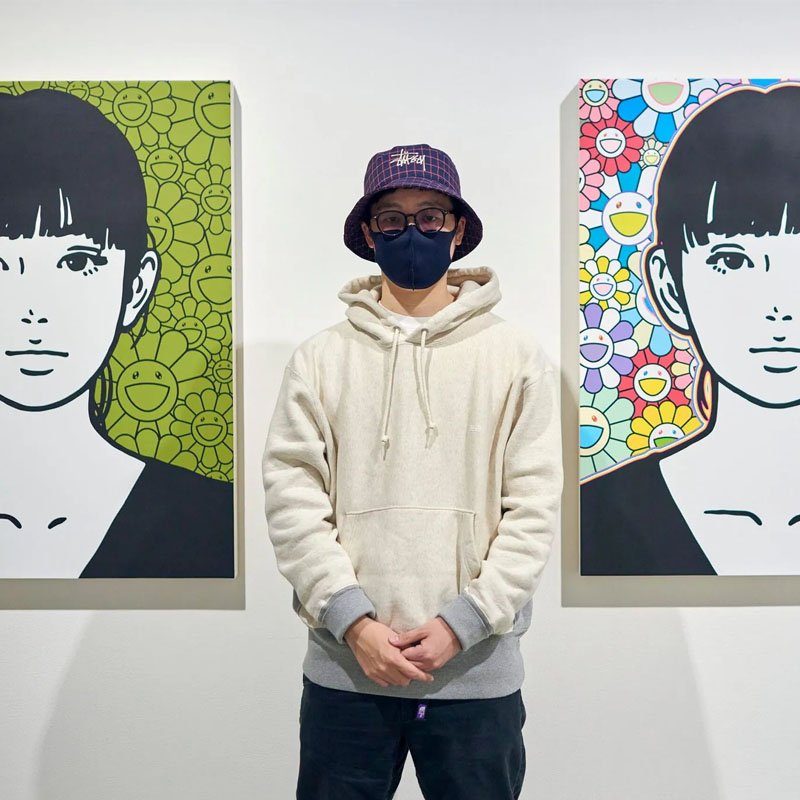 KYNE’s signature subjects are cool, sable-haired women who he immortalizes in monochrome silkscreen prints. In 2019, he met Takashi Murakami, and the pair have since collaborated on prints that set KYNE’s moody portraits against Murakami’s brash and gaudily colored graphics. The artists bonded over their shared training in nihonga painting, which KYNE studied in university. The style continues to inform his graphic language, as do Showa-era manga cartoons and 1980s Japanese pop culture. Known only by his pseudonym, KYNE first became a familiar name in his hometown of Fukuoka, where he initially spread images of his iconic, nonchalant subjects through stickers and graffiti art. Since 2016, KYNE has co-run On Air, a studio, gallery, and radio show headquartered in Fukuoka. (Source: Artsy)