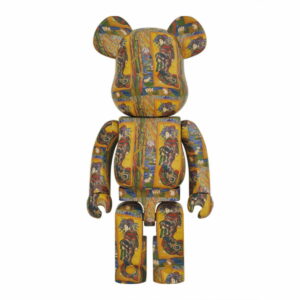 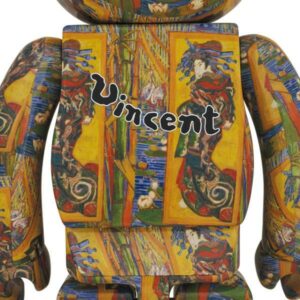 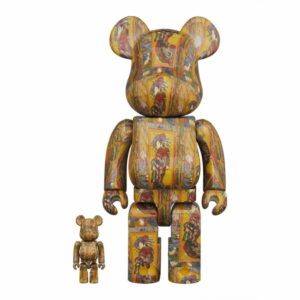 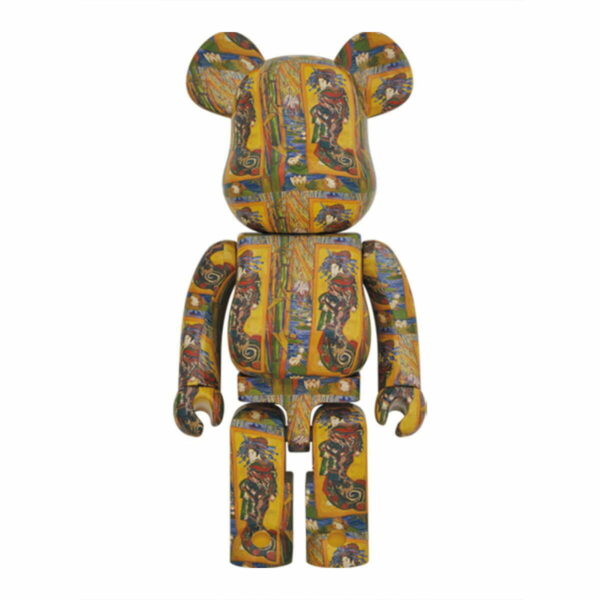 This iteration of Medicom Toy’s Van Gogh Museum BE@RBRICK figure features Van Gogh’s “Courtesan (after Eisen)” painting on the bear. The 100% version measures 2.8 inches, the 400% version measures at 11 inches, and the 1000% comes in at 27.6 inches tall.According to the Van Gogh Museum, Van Gogh based this painting on a woodcut by the Japanese artist Kesai Eisen. The print had been reproduced on the cover of the magazine Paris illustré in 1886. Van Gogh used a grid to copy and enlarge the Japanese figure. He used bright colours and bold outlines, as if it were a woodcut.We can tell the woman is a courtesan by her hairstyle and the belt (obi) that she is wearing, which is tied at the front of her kimono rather than at the back. Van Gogh framed her with a pond full of water lilies, bamboo stems, cranes and frogs. This scene has a hidden meaning: grue (crane) and grenouille (frog) were French slang words for ‘prostitute’.
SHOP MORE

BE@RBRICKs are among the world’s most collectible toys, with rare examples commanding as much as $160,000 at auction. A mash-up of street culture and fine art, BE@RBRICKs have found appeal from a wide collector base, from the music producer Pharrell Williams to Vogue’s Grace Coddington.