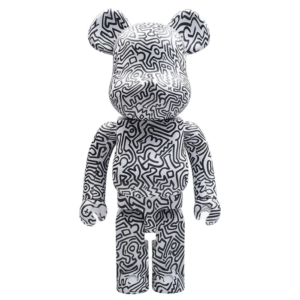 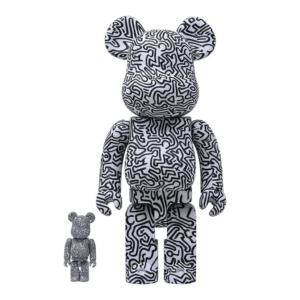 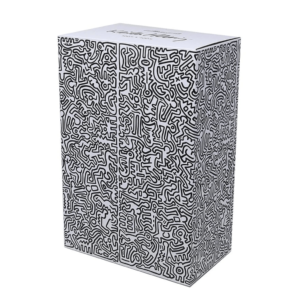 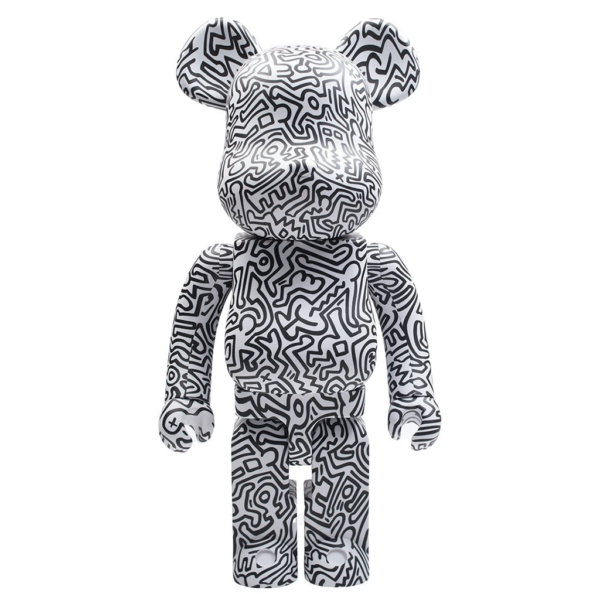 Medicom Toy has unveiled a monochromatic BE@RBRICK, the fourth rendition of a Keith Haring tribute as a follow up from the previously released versions. This time around, the Japanese toymaker has emblazoned the figure with visuals modeled after Haring’s untitled artworks. Glossed with a slew of bending lines and curved stick figures, the graphics cover every inch of the figure. Other motifs like bold “X” marks, zig-zags and squiggly shapes are reminiscent of the artist’s signature style that overtook New York’s street art in the 1980s. As a final touch, crisp white indents at the toes have been applied to offset the busy patterns, while providing a sense of depth. (Source)
SHOP MORE

BE@RBRICKs are among the world’s most collectible toys, with rare examples commanding as much as $160,000 at auction. A mash-up of street culture and fine art, BE@RBRICKs have found appeal from a wide collector base, from the music producer Pharrell Williams to Vogue’s Grace Coddington.